Many couples who try to get pregnant but in vain often do not consider that they are not getting the desired result due to a fertility problem. There are several reasons why a couple cannot have a child, but infertility is the main cause. Fertility problems can make conception very difficult, but there is no need to lose hope if you have faith in medical science. Advances in the field of medicine have improved fertility. Trigger shots for infertility, which are part of fertility-enhancing techniques and medications, are commonly used by doctors to increase the chances of getting pregnant.

If you have been trying to conceive for more than a year, you may consider this option, but before that, you need to learn everything there is to know about trigger shots.

What are the trigger shots?

The shots start the maturation process of an egg to help it be able to fertilize itself. The maturation of an egg is called meiosis. During this process, an egg sheds about 23 or half of the 46 chromosomes.

A trigger shot is used in two cases: the first is used to time intrauterine insemination (IUI) and the second is used as part of an in vitro fertilization (IVF) process to prepare for the egg retrieval procedure. The trigger shot is also called the hCG trigger shot.

What is The need for a trigger shot for fertility?

A trigger shot is needed for the eggs to be ready to mature for harvest. During IVF, trigger injections for fertility activate the ovaries in a developmental cycle. This allows the fertility team that is monitoring your treatment to collect the eggs at a specific time.

When to take a trigger shot?

Your doctor will be able to better guide you on when to give trigger injections for fertility. Everything will be controlled with the development of the ovarian follicles (which should grow to an optimal size) and it is important to follow the routine since any change could cause a delay in your treatment. Trigger shots are recommended in the following cases:

Ovidrel is a common fertility drug that triggers and improves the chances of ovulation. Ovidrel injections are an injectable medication that can be used as a trigger shot during IUI, a scheduled in vitro fertilization intercourse. 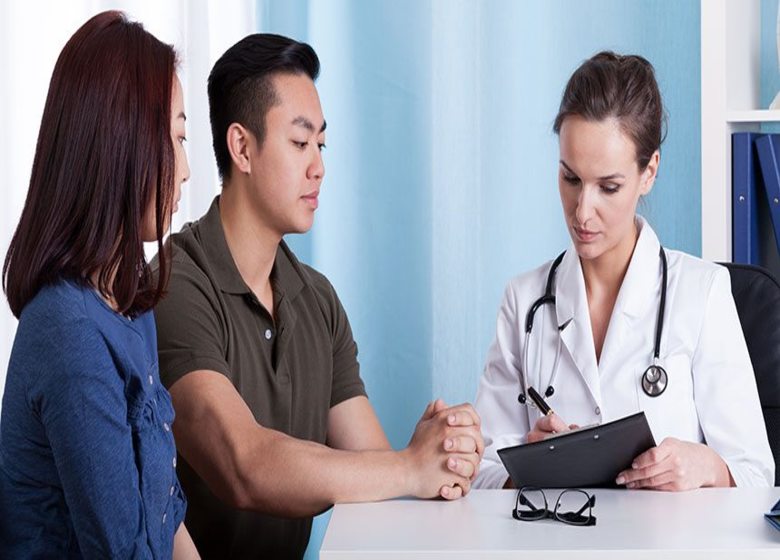 Ovidrel is used alone but also with other fertility drugs as listed below:

How to perform trigger shots? The triggers are made from recombinant human chorionic gonadotropin (r-HCG). This is done in the laboratory using DNA technology.

The hormone is similar to the body’s natural luteinizing hormone (LH) that triggers ovulation during the menstrual cycle. Most doctors administer trigger injections for fertility. But one can administer shots on his own. In case you have to do it yourself, you can follow the guide below on how to give hCG shots:

Things you will need:

How to give the shots?

How does a trigger shot work?

The timing and administration of a trigger shot depend entirely on how it is being used. Ovidrel is generally timed and administered according to the fertility treatment protocol.

Ovidrel is a subcutaneous shot that comes in a pre-filled device that is ready to be injected. It is a liquid that is injected into the fatty tissue just under the skin. When administered, hCG causes the eggs to go through a final growth spurt and ovulate.

One must take care and caution to follow the doctor’s instructions for trigger shots for infertility. Even a few hours late can cause problems or problems in treatment.

In addition to experiencing some discomfort at the site of the shot, trigger shots can cause the following side effects: 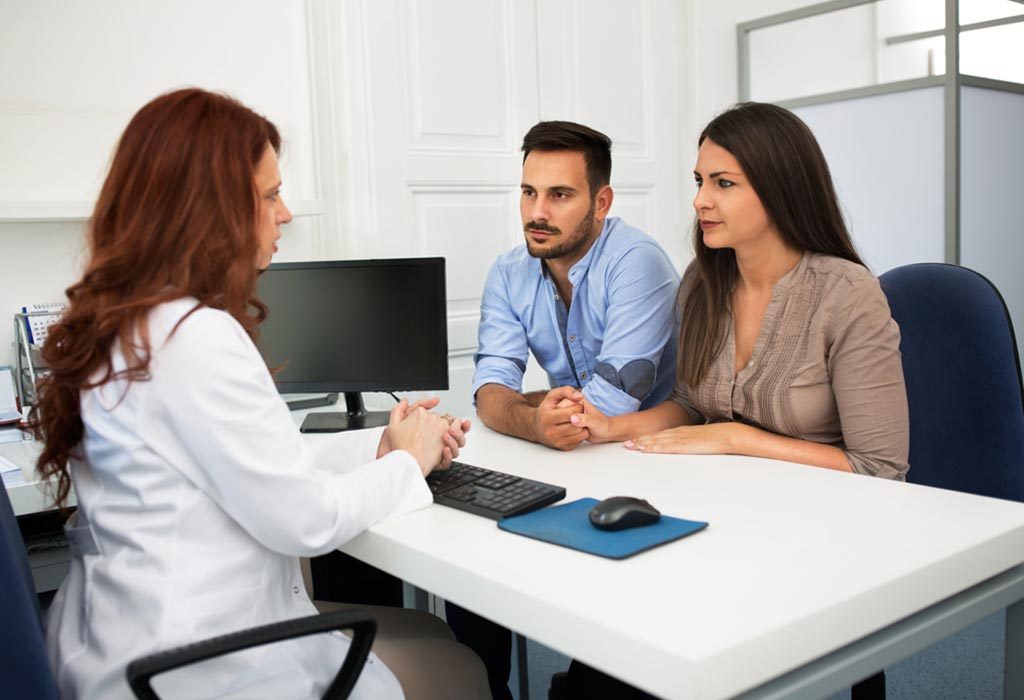 The use of fertility drugs can also increase the chances of developing ovarian hyperstimulation syndrome (OHSS). When Ovidrel is used as part of IVF, one in three women is likely to experience adverse effects. OHSS is more common when Ovidrel is used with gonadotropins.

What happens if you lose your trigger shot?

If you miss a trigger shots, it is important to inform your doctor about the same. Your doctor will be able to guide you in the best way if such a situation arises. An egg cannot be retrieved once the ovary has released it, so the medical team is aware of the situation to put the necessary things to correct the situation. In some cases, it is possible to adjust the egg collection time.

When to avoid using a trigger shot?

Doctors often inform pregnant couples in advance about the possible side effects of trigger injections for ovulation. Trigger injections for ovulation are not recommended for women with primary ovarian failure or poor ovarian reserves. If your doctor believes that you are at risk of developing OHSS, they may not suggest trigger shots. The chances of developing OHSS are greater in the following circumstances

Doctors also cancel the fertility treatment cycle if the reports of hormonal blood and ultrasounds of the ovaries do not seem encouraging or promising.

Should You Use a Trigger Shot If You Have PCOS?

Polycystic ovary syndrome is a common hormonal problem in many women today. Women with PCOS are at high risk of developing ovarian hyperstimulation syndrome (OHSS).

This does not mean that women with PCOS cannot receive trigger or Ovidrel injections. Ovidrel is a commonly used drug for fertility treatments in women with PCOS. But it should be given after consulting with a doctor.

The trigger shots generally stimulate ovulation within 24 to 36 hours after it is given. If you are taking trigger shots for infertility as part of scheduled sexual intercourse, doctors strongly recommend having sex the same night the shots was given.

Doctors also suggest that couples have sex every night for the next two to three days. But if the trigger injections for fertility are part of a structured IUI or IVF cycle, then your doctor will give you the specific time to come to the clinic. The timing of the trigger will decide the optimal time for your visit.

The success and chances of pregnancy when a trigger shot is given depend on several factors. Success rates will vary depending on the prognosis of the medical problem, medical history, age, and the type of fertility treatment chosen.

Studies and data have compared whether trigger shots during an IUI cycle is higher compared to cycles in which the shots were given based on the body’s natural LH surge.

Trigger shots for infertility can increase the chances of pregnancy, but the timing of it is the most important thing.

If you are considering this as one of the options to improve your fertility, you should discuss the same with your doctor. Your doctor will be better able to guide you on fertility treatments and give you clear advice on what you can do to improve your chances of getting pregnant. However, the safest and effective is Home Insemination.

Home insemination is a strategy that could help deal with a specific type of inability to conceive in both men and women. In this treatment, sperm are placed directly into a woman’s cervix, fallopian tubes, or uterus.

This makes the journey much shorter for the sperm and also avoids any doable blockage. Preferably, it enables motherhood where it had not been before. Intrauterine insemination (IUI), where sperm is placed in the uterus, is one of the most typical types of home insemination.

Maternity prices for women doing synthetic insemination might not be as high as they are for some even more innovative methods, this method has some essential benefits: it is an easy treatment with a couple of side impacts and it is also inexpensive.

Home insemination kits can be used for many types of fertility problems. The inability to conceive of therapy is preferable for men who have extremely low numbers of sperm or sperm that are not normally strong enough to swim with the cervix and even the fallopian tubes. Home insemination is also occasionally an alternative for women who have endometriosis or irregularities in any of their organs in the procreative body.

How effective is home insemination at home?

The effectiveness rate is slightly lower than what would happen with natural intercourse. For example, anecdotal evidence shows that the chances of getting pregnant with home insemination at home are around ten to fifteen per cent per ovulation, while with natural intercourse the chances are much higher, between twenty and thirty per cent. hundred.

The sperm can be from your partner or from an unknown donor. Sperm banks are the best option for the latter since they keep specific and clear records on the donor’s genetics, the quality of the sperm, etc. Be sure to use a legal agreement when extracting sperm from someone you know, in case only you want rights to the baby.

Home insemination kit is an excellent option for many women thanks to the comfort, convenience, and low cost it offers which is way easier and not complicated than trigger shots.